Allison Rose Radford was born and raised in Goldsboro. She attended Wayne Christian School, where she graduated Valedictorian of her class. After high school, she attended North Carolina State University and received a Bachelor of Science in Biological Studies with a concentration in Human Biology. She also received two minors from N.C. State, Nutrition Science and Health, Human Values & Medicine. She graduated summa cum laude and Valedictorian of her class. At N.C. State University, Allison was inducted into Phi Beta Kappa, one of the highest honors that students can earn at N.C. State University. She received her PA degree from Methodist University, where she graduated in the top 15% of her class and was inducted into Pi Alpha, the National Honor Society of Physician Assistants. She is a member of the North Carolina Association of Physician Assistants as well as the American Association of Physician Assistants. She is excited to be back in Goldsboro and working in the town where she grew up. Her special interests include pediatrics, dermatology, and diabetes. Allison has a passion for serving others and hopes to be able to participate in many medical mission trips. Allison is happily married to her husband, Andrew, and during her spare time, she enjoys Broadway plays, DIY projects, travelling, and spending time with her family. 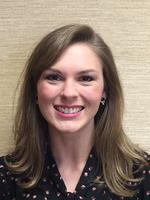 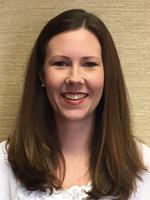 Rebecca Lancaster has lived in NC most of her life after early childhood growing up in Michigan. She has been practicing as a PA in Goldsboro for more than 12 years. She received her BS in Biology from High Point University, where she attended on a full academic scholarship and graduated summa cum laude. She received her PA degree from Wake Forest University School of Medicine where she graduated with Academic Distinction, in the top 10% of her class. Since graduation, she has enjoyed working in family practice. Rebecca will be an asset to Waynesborough Ophthalmology to bring general medical experience and allow and expanding interest in eye care. She has special interests in Geriatrics, Diabetes, cosmetic procedures, and enjoys educating her patients about disease prevention. In her spare time, she enjoys being actively involved with the ministries at her church, singing, acting, camping, and doing anything that includes spending time with her husband and two beautiful daughters! 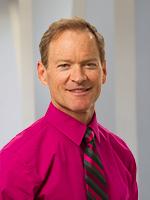 Terry L. Forrest, M.D. has been providing patients with quality eye exams and vision care since 1986. Licensed by the Board of Examiners in Ophthalmology since 1986. He is a member of the American Academy of Ophthalmology. Dr. Forrest attended Medical School and his Internship at University of North Carolina, Chapel Hill, North Carolina. He earned his Doctor of Ophthalmology in 1986. After completing his Residency 1986 at the Washington National Eye Center, Washington, D.C. and New Hanover Memorial Hospital, Wilmington, NC he moved to Goldsboro and joined Waynesborough Ophthalmology. Dr. Forrest has many years of experience and his areas of specialty are anterior segment surgery--small incision cataract surgery with intraocular lens implants, comprehensive eye examinations, eyeglasses and contact lens prescriptions, corneal transplants, pterygium surgery, external diseases of the eye, glaucoma and medical treatment of glaucoma, surgery of eyelids and external eyes, surgery for strabismus, diabetic eye disorders and age related macular degeneration. Dr. Forrest is affiliated with Wayne Memorial Hospital, Goldsboro, NC and Eastern Regional Surgical Center, Wilson, NC and is active staff member of Wayne Memorial Hospital. He lives in Goldsboro with his wife, Pat and they have two children.

Barry H. Teasley, M.D. has been caring for patients in Wayne and surrounding counties since 1982. Dr. Teasley attended the University of North Carolina at Chapel Hill as a Morehead Scholar, and stayed on at Chapel Hill for Medical School and Internship. After completing his residency in Ophthalmology at Yale University in New Haven, Connecticut, he moved to Goldsboro and established a solo practice. By emphasizing patient-centered, quality comprehensive eye care, the practice grew and expanded to include its current professional staff of three ophthalmic surgeons, two physician assistants, two licensed opticians, and nearly thirty trained technical and administrative staff. Dr. Teasley provides a full range of comprehensive eye care, from the latest in cataract surgery and premium intraocular lens implants, to diagnosis and treatment of eye diseases, to routine eye exams with prescriptions of contact lenses and glasses. He is a fellow of the American Academy of Ophthalmology and a diplomate of the American Board of Ophthalmology. He is on the active staff at Wayne Memorial Hospital where he has served as president of the Medical Staff and Chairman of the Department of Surgery. He also provides surgical care at the Eastern Regional Surgery center in Wilson, NC. 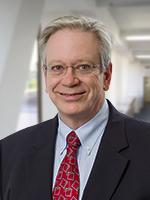